The Gem and Mineral Collection

Welcome to the Gem and Mineral Collection at the Department of Geosciences, Princeton University

The Gem and Mineral Collection of the Department of Geosciences, Princeton University, consists of approximately 6,000 cataloged mineral specimens and several hundred cut gemstones that were collected from the 1820s to the 1970s.

The Collection includes an important set of specimens from the Franklin Mining District, appropriately reflecting Princeton’s connection with the Palmer family of the old New Jersey Zinc Company. New Jersey zeolites and related species are well represented, as well as historic specimens from long-ago closed mines in England, Germany, and Eastern Europe. Also included are historic documents and rare specimen labels from early mineral dealers, recording the growth and development of mineral collecting and its interaction with the scientific community.

The earliest recorded donation of mineral specimens to Princeton University was from Dr. David Hosack (1769-1835). Dr Hosack was a prominent physician and mineralogist who is most remembered today for being the surgeon in attendance at the 1804 duel in which Aaron Burr, Jr. fatally shot Alexander Hamilton. Dr Hosack’s mineral collection, which he brought to the United States from England in 1794, was the first mineralogical cabinet ever exhibited in the U.S. Hosack donated the collection of approximately 1000 minerals to the College of New Jersey (now Princeton University) in 1821. Thus, the history of the mineralogy collection at Princeton spans nearly 200 years. During much of that time, the best specimens were on display in the former Elizabeth Marsh Museum, later the Museum of Natural History in Guyot Hall. A number of oxide minerals were prominently on display at the Exposition Universelle of 1900 in Paris.

Shortly after the formal establishment of the Department of Geology (as it was known then) in 1904, Professor Alexander Phillips led the effort to greatly expand the collection through purchases, assembling a comprehensive teaching and reference collection consisting of nearly all known minerals at the time. An emphasis was placed on acquiring minerals from type localities, those places where specific minerals were first discovered or studied.

The Collection also grew through finds during historic expeditions to the western U.S., such as the Colorado Expedition of 1877, and generous donations from alumni and faculty. Over the years, many faculty and alumni have contributed to the collection including Cleveland H. Dodge, class of 1879; Archibald MacMartin, class of 1868; Arthur Montgomery, class of 1931; Alexander Phillips, class of 1887 and 1899, professor of mineralogy 1905-1936; Edward Sampson, class of 1914 and 1920, professor of economic geology 1925-1959.

Among the major donations, a bequest from Archibald MacMartin, class of 1868, added some 2500 specimens, gathered from classic and now largely inaccessible localities throughout Europe and the United States. MacMartin amassed a number of fine pyromorphite (lead phosphate chloride) and fluorite (calcium fluoride) specimens from English mines and spectacular Alpine specimens of smoky quartz. Much of Edward Sampson’s research collection from the zinc deposits of the Franklin District, New Jersey was added to the main collection. Field trips to localities such as Mexico, Alaska, and Africa by Phillips, Arthur Buddington, and Harry Hess yielded significant additions. Renowned mining engineer and Lafayette College professor of mineralogy Arthur Montgomery donated a significant portion of his personal collection. One example of the exceptional specimens from this collection is a complete nodule of green variscite (hydrous aluminum phosphate) weighing 5 kg from the now-closed Fairfield, Utah phosphate mines is among the finest seen today. Specimens from the Collection are on display in the Alexander H. Phillips Mineral Gallery, a gift from Montgomery and a tribute to his mentor.

Beginning in the summer of 2008, an effort to revive the Gem and Mineral Collection was initiated. The renovation will include organization and preservation of the specimens, as well as a digital catalog. 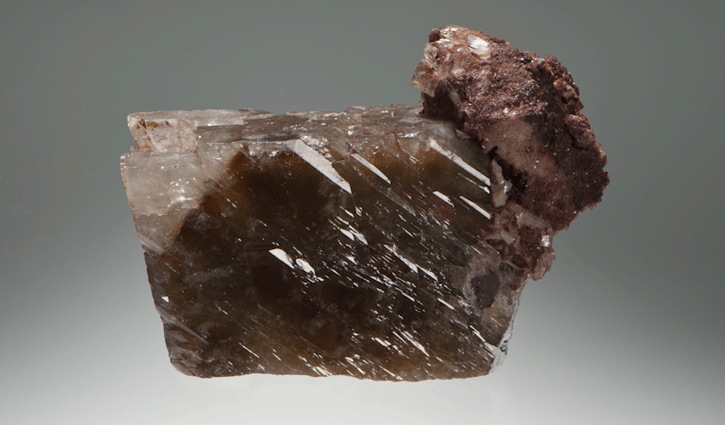 Minerals from the Princeton University collection has been featured in Reliefs, a Paris-based magazine dedicated to nature, adventure, and exploration.  A selection of fine minerals currently on display in Guyot Hall entitled “Nature as Artist” from the Carl (’64) and Edna Heimowitz collection are showcased in the Lacs issue of Reliefs (No. 10) published in the Fall of 2019.

The Gem and Mineral Collection of The Department of Geosciences curates a new 2nd floor mineral display
The Duel Doctor In Weehawken: David Hosack 1789
Mister Mayor, The Mineralogist: Alexander Hamilton Phillips 1887 *1899
The Beauty of Minerals: Nature as Artist on Display in Geosciences Department