Professor Gaetan Borgonie, University of Ghent, Professor Esta van Heerden, University of Free State, and Professor Tullis Onstott, the Geomicrobiology Group, lead the team that discovered the 0.5-millimeter-long Halicephalobus mephisto or "devil worm" living deep in the Earth's surface. This new species of nematode was found living at depths of 0.9 miles (1.3 kilometers) in the Beatrix Au mine, in the Free State Province of South Africaa Free State mine in South Africa where they were conducting their research. Prior to their discovery, scientists believed only single-cell microbes, not multicellular organisms could live that far down. This suggests that there is a richer microscopic environment in the mine which needs to be explored.

The news about the worm drew much excitement, and continues to be broadcasted by popular venues around the world (see related links below). All this week, Professor Onstott alone was interviewed to acquire more information about this amazing creature: 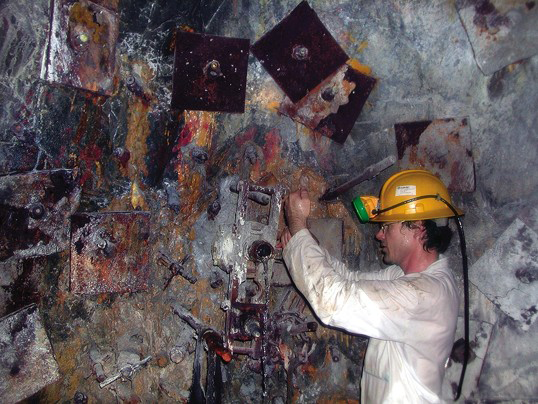 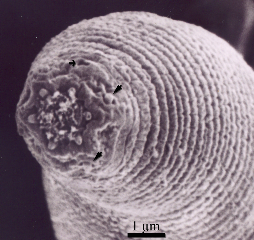 Head of the Halicephalobus Mephisto or "devil worm" discovered by the team.   Photo courtesy of Gaetan Borgonie, University of Ghent.